Has Soulja Boy been taking notes from Diddy? Asking for myself, because this story is almost identical to allegations involving Diddy and his former personal chef (you can read that story here).

Anyways, according to a recent lawsuit filed against Soulja Boy by a woman listed only as “Jane Doe”, after being hired as the rapper’s personal assistant, the anonymous woman claims she was overworked, undercompensated, as well as physically and sexually assaulted by the rapper.

According to the report, the woman claims Soulja expected her to be available at all times to clean, cook, chauffer, style his hair, and perform an array of other tasks for him. She was allegedly on call 20 hours a day, 7 days a week, and barely received the $500 weekly rate both parties agreed to.

That ain’t all though. Apparently, a month into her employment, the woman claims Soulja began sending her unsolicited pics of his lil pee pee. She admits that a brief consensual relationship developed soon afterward–but that it ended when Soulja became violent with her.

Per the lawsuit, around January 23, 2019, the woman claims Soulja subjected her to instances of extreme jealousy and rage. The woman reported that Soulja kicked, body slammed, and punched her, including several punches to the head. The woman also claims during one bout, Soulja punched her so hard that she lost consciousness.

The woman states that Soulja’s bouts of rage often stemmed from the woman receiving comments on her Instagram page or even something as simple as her phone ringing. The woman alleges that after one incident, the rapper threatened her, saying, “I should have killed you.”

The woman goes on to say that in February of 2019, Soulja sexually assaulted her for the first time, later expressing remorse and offering her $1000. However, the abuse continued, the woman says, and “…on numerous occasions, and sometimes twice in the same day, [he] would inappropriately touch [her] body, forcefully pull her pants off, and rape her.”

When the woman tried to leave the rapper, she claims Soulja locked her in her room without hot water for three days until he could coerce her to not leave. In August of 2020, the woman reports that Soulja attacked her so severely that she thought she was going to die, and that when she later regained consciousness outside of his home, she fled without any of her belongings. She said when she returned to collect her possessions during either September or October, Soulja Boy raped her again.

“His abuse imprisoned her physically, mentally and emotionally,” Rahmani told PEOPLE. “When she mustered the courage to flee, he impoverished her. His exploitation severely hampered our client’s ability to re-establish herself in the workplace and in society. We believe he should be held accountable.”

It appears this is nothing new for the rapper. In February of 2019, the police raided the rapper’s home to investigate a claim of kidnapping and assault of an ex-girlfriend. While in his home, they allegedly found ammunition, which violated his probation. His ex-girlfriend, Kayla Myers alleged that Soulja Boy beat and kidnapped her, alleging that the rapper bashed her in the head with a large gun and told her she was “going to die”. Myers went on to report that afterward, Soulja Boy directed his assistant to drag her to his garage and tie her up with duct tape and give her a shower. Myers claims the male assistant agreed to release her if she performed oral sex on him, and fearing for her safety, she obliged. She said afterward Soulja allegedly said, “Now get this bitch out of here before I knock her down the stairs.”

Chile… this is a whole mess, and seems to show a pattern of behavior that’s similar to far too many Black male entertainers. One would think that as successful as Soulja Boy is with his many business ventures, he’d have better things to do to occupy his time. However, instead of producing hits, it appears the “Crank That” rapper may prefer cranking out another kind of hit–the kind that might have him cranking open his bank account and could potentially put him behind bars (again) one day.

As of this report, Soulja Boy nor his representatives have released any statements in response to the lawsuit, but, we’ll keep your posted as this story develops. 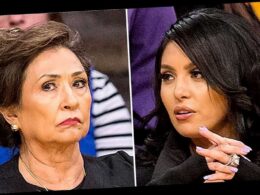 Kobe Bryant’s widow Vanessa is hurt by her mother’s lawsuit to extort her family. 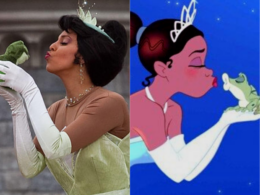 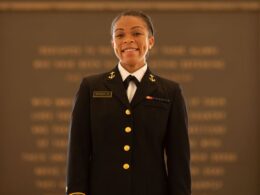 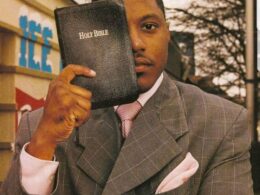