Last year, on New Year’s eve, Gonzalez hinted at the sexual assault by tweeting in part. “Trey Songz is a rapist…”.

Today, Gonzales issued a full statement on the alleged sexual assault via her social media. See below.

“With what seems like endless reoccurring news of the alleged sexual assault committed by Trey Songz, I am forced to repeatedly relive in my mind, and suffer anew, the long-suppressed horror and unbearable PTSD of my rape by his very hands at a well known Las Vegas Hotel,” she issued in an Instagram statement.

“I want to send my love, strength, and hope to all who are victims of sexual assault and its fatal nature. You are not alone. I stand with you and encourage all those who have suffered abuse to speak out and come forward. Suppression of voices only emboldens our oppressors, and you cannot heal what you do not reveal,” she continued.

“At this time, I humbly request my privacy, consideration and compassion while I fully commit to pursue the best course of action and all my legal options.”

Gonzalez has hired Attorney George Vrabek who issued the following statement about his client:

“We admire Dylan’s courage and willingness to stand up for herself and others. And like Jauhara Jeffries, Dylan is no longer willing to suffer in silence. We intend to pursue Dylan’s claims relentlessly and to a successful conclusion.”Juahara Jeffries is another woman who alleged she was sexually assaulted by Trey Songz.

We will report more information on this story as it is received. 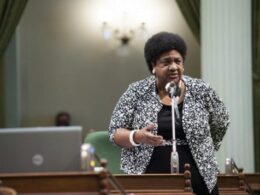 Will California be the leader in extending reparations to descendants of enslaved Africans in America?
byBITS COLLECTIVE 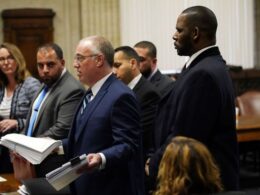 R. Kelly Trial to be reset due to complications with Covid

R. Kelly's trial was supposed to start on Tuesday in Chicago, but was postponed because several witnesses had issues making their flights due to Covid-19 travel restrictions.
byJoey Percy Newton 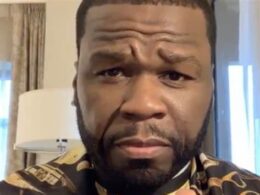 Arrests have been made in relation to a January break-in at one of 50 Cent's business properties.
byJoey Percy Newton
1 share
1
0
0 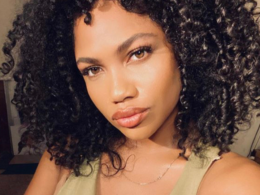 “If I die, I want everyone to know it was Seti Yasin…”:This is why WE need to protect Black Women

[Update] More than a year after Aziza Murphy (@curedbytheblood) made her now-viral tweet about an ex who was stalking her, the young woman has announced via her Twitter profile that Seti Yasin, the man who was stalking her, was sentenced to 18 months in jail. We wish Murphy the best as she continues her healing process.<
byTiara Janté
Head to shop.blackisthestandard.com to get your official BITS merch today!