The white woman who called the police on Black birdwatcher in Central Park made second calls accusing him of attempted assault.

In a previously undisclosed phone call to 911, Amy Cooper claimed that Christian Cooper had tried to assault her.

Amy Cooper, a white woman, called 911 after a confrontation with Christian Cooper (no relation), a Black birdwatcher in Central Park, and accused Cooper of attempting to assault her in a previously undisclosed second call to 911, authorities said Wednesday.

The woman, Amy Cooper, “engaged in racist criminal conduct when she falsely accused a Black man of trying to assault her in a previously unreported second call with a 911 dispatcher” on May 25, said Manhattan District Attorney Cy Vance in a news release.

Cooper has been charged with a third degree misdemeanor offense of making a false report, the district attorney said.

“Fortunately, no one was injured or killed in the police response to Ms. Cooper’s hoax,” said Vance.

The incident, which occurred in a section of Central Park known as the Ramble, occurred after Christian Cooper observed Amy Cooper allowing her cocker spaniel to roam free without a leash, which is against the rules in that section of the park.

After asking Cooper to leash her dog, and Cooper ignoring his requests, Cooper then pulled out his cell phone to begin recording her, and that’s when Ms. Cooper is seen in the video telling Cooper to stop recording her or she will call the cops. She is then seen on video calling 911 and telling them, “There’s an African American man threatening my life.” She repeats the statement several times.

After the incident went viral, Amy Cooper issued a public apology to Christian Cooper. She said in a statement, “I reacted emotionally and made false assumptions about his intentions when, in fact, I was the one who was acting inappropriately by not having my dog on a leash. When Chris began offering treats to my dog and confronted me in an area where there was no one else nearby and said, “You’re not going to like what I’m going to do next,” I assumed we were being threatened when all he had intended to do was record our encounter on his phone.”

Cooper was also fired from her job after the video went viral (and from demands she be fired from Black Twitter).

Christian Cooper has since stated he accept Cooper’s apology and has also publicly stated he doesn’t think she should be charged with anything. Take a look at the video of the incident below. 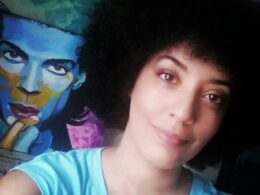 Jamie Bonfiglio: The artist you should know.

Born in New York, Jamie lived in Queens for the first two years of her life before her…
byJoey Paradox 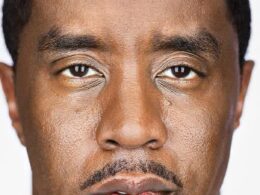 P. Diddy…The Devil In The Flesh? (Part I)

It is widely known about Puff’s legal issues, dating back as far as 1997 when he and two…
byJoey Paradox 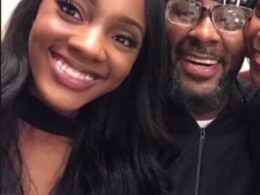 Woman who says R. Kelly gave her herpes is suing him for medical records.

The problems and issues seem to continue to pile up for R. Kelly. A woman by the name…
byJoey Paradox 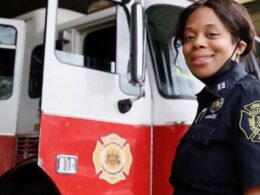