The R. Kelly trial resumed Monday with a second witness who testified that she met Kelly when she was 17 and he gave her an STD.

The Piss Piper’s sex-trafficking trial in New York entered its fourth day Monday with a second accuser taking the stand to testify that Kelly sexually abused her in 2015 when she was 17 and an aspiring singer. She told the jury he pressured her into sex as the price of an audition and a promise to help her progress her singing career.

The witness, who testified in a federal courtroom in Brooklyn, “Jane Doe #5” (as she is described in court documents and the opening statement by prosecutors), testified that she met Kelly while he was on his “Black Panties” tour, and was told she could audition for him. She claims when she got to his hotel room Kelly had a different plan: sex before singing. The witness who is now 23 said she told him she was 18 when they initially met.

Jane Doe #5 also testified that Kelly told her he would listen to her sing and would “take care of me for life” if she agreed to allow him to perform a sex act on her.  She stated that she had no romantic interest in Kelly.

“I just wanted to sing,” she said. “I genuinely wanted his input.”

According to the witness, they began having sex regularly soon after, with Kelly almost always videotaping the encounters.

The witness cried when she testified that she contracted herpes after sex with Kelly. She said he did not disclose to her that he had a sexually transmitted disease.

“This man purposely gave me something he knew he had,” she said. “He could have controlled the situation.”

She said he once flew into a rage because she texted a friend about him. According to the witness, Kelly grabbed a size 12 sneaker from his closet and assaulted her with it.

“He hit me all over, I was running from him and fighting back. The witness is only 4 foot 11 and 98 pounds. It’s doubtful she could do much to him in defense.

Another time, as a punishment, she said he forced her to rub his feces on her face, while he videotaped it. She also claims she also coerced into getting an abortion in 2017 after Kelly said he wasn’t ready to have a child with her.

The witness testified that when she finally let him know she was underage, he slapped her across the face but kept her in his life.  The jury was shown notes she wrote to herself about how to stay in line with his rules when she was around him.

Jane Doe #5 testified all day Monday, and is expected to continue to be on the stand for the first part of Tuesday for cross-examination . 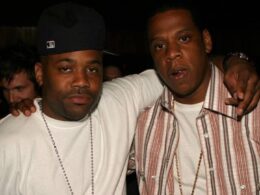 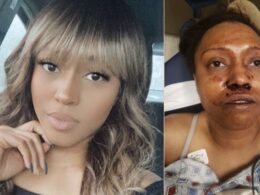 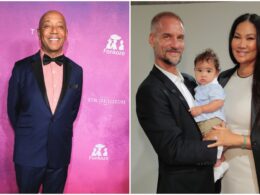 Russell Simmons is suing his ex-wife, Kimora Lee Simmons, and her current husband, after alleging they stole stocks he owned.
byJoey Paradox 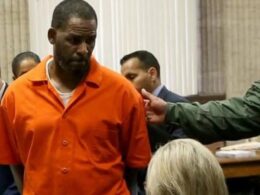 Timeline of criminal allegations against R. Kelly at the onset of his federal trial, beginning August 18, 2021.
byJoey Paradox
1 share
1
0
0
Head to shop.blackisthestandard.com to get your official BITS merch today!