First off, if you have one of those janky ass LLC experts on your friend list trying to convince you that all you need is your stimmy and a registered LLC to get a PPP loan for your newly formed company, I’ma need you to go on head and delete them nah…before you end up like this fool.

Y’all…tell me why “Baby Blue” from Pretty Ricky allegedly decided he was gonna attempt to outsmart the U.S. government and fraudulently apply for not one, but two PPP loans for businesses he seemingly had no intention of using the funds for?

Court records show that Diamond “Baby Blue” Smith was arrested in October, 2020, as part of a large scale fraud case after investigators caught wind of questionable transactions, and purchases (one being a whole Ferrari) he’s alleged to have made with the funds from PPP loans he applied for and subsequently received.

According to the Department of Justice, Smith has been charged with wire fraud, bank fraud, and conspiracy to commit wire fraud and bank fraud. On January 6, 2021, Smith appeared before a court in which prosecutors moved to try to seize a black, 2010 Ferrari 458 Italia.

Smith is alleged to have paid $96,000 for the aforementioned vehicle he listed as a “company vehicle” for his company, Blue Star Records. In total, Smith is accused of taking out a PPP loan of $426,717 for his company, Throwbackjersey.com LLC, using falsified documents and another $708,065 for his other company, Blue Star Records LLC, using falsified documents. If convicted, Smith faces a life sentence.

Listen, I’ma need our people to realize that there’s a reason this mess is called “white collar crime” and it has less to do with the color of the collar and more to do with the color of the skin. It’s for white folks. It’s not for us—ever! As a matter of fact, I wouldn’t be surprised if the feds are allowing Black folk to take these bogus ass loans out, just so they can watch them spend it, get a taste of the “good life”, and then snatch it away from them before sticking them behind bars for the rest of their lives.

Black people–please don’t let America make an example out of you, it’s really not worth the joyride. And while Smith maintains his innocence in this case, I’m still side eyeing the whole thing… because as a Black person in America, you definitely gots-to be more careful in these American streets, especially when it comes to THEIR money. They are NOT playing with us. 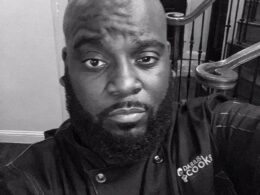 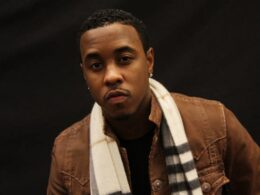 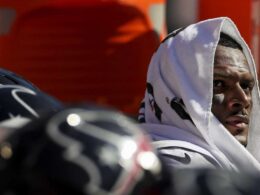 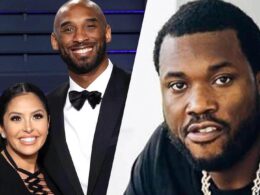