byBITS COLLECTIVE
2 minute read
FILE – Pilots with the Mustang fighter group sit while listening to a mission briefing at a base in Italy during World War II, September 1944. ( Hulton Archive/Getty Images)
Total
8
Shares
8
0
0

Legislation reintroduced to Congress by Democrats could provide GI benefits to the descendants of Black WWII Vets. If passed, the GI Bill Restoration Act would provide descendants of these veterans a transferable benefit that could be used to obtain housing, attend college or start a business, according to the announcement Thursday from sponsors of the bill.

The bill was unveiled this past Veteran’s Day by House Majority Whip James Clyburn of South Carolina and Rep. Seth Moulton of Massachusetts in the House and is expected to be introduced by Sen. Raphael Warnock of Georgia in the Senate. According to the sponsors of the bill, Black veterans had limited access to the bill in the past because the program was largely administered by white officials.

Components of the bill include extending access to Post-9/11 GI Bill educational assistance benefits to the surviving spouse and direct descendants of Black WWII veterans who were alive when the bill took effect. The bill would also extend access to the VA Loan Guaranty Program, which helps provide home loans to veterans and surviving spouses.

“It is important to acknowledge this injustice and help address the wealth gap that was exacerbated by the government’s failure to fulfill this promise to World War II veterans of color,” Clyburn said in a statement.

Warnock stated, “Black service members fought valiantly in Europe and the Pacific for freedom from tyranny, with hope that their patriotism would be greeted with equality and opportunity once they returned home.”

As a requirement under the legislation, the Government Accountability Office would have to establish a panel of independent experts to assess inequities in how benefits are distributed to minority and female service members.

Moulton said Black World War II veterans were denied the generational wealth that they could have gained if they had attended college. “We can never fully repay those American heroes,” he said. “But we can fix this going forward for their families.” 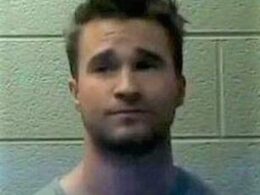 On Sept. 7, in Warren Michigan, shots were fired at the home of Eddie & Candice Hall...
byJoey Percy Newton

Following recent acts of police brutality, Carter is doing what he can to ensure that social justice warriors on the frontlines are supported.
byBITS COLLECTIVE 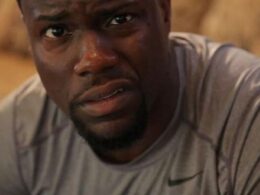 Bruh… Imagine hiring a personal shopper, and they use YOUR resources to buy a bunch of luxurious shit…
byJoey Percy Newton 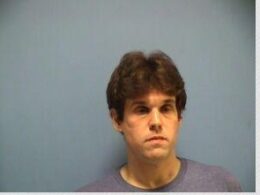 A NOLA area priest was caught on a late night creep with two women at the altar, and ended up in handcuffs (not the fun kind)...
byBITS COLLECTIVE
Head to shop.blackisthestandard.com to get your official BITS merch today!